July 23, 2018
Leadership. Endless literature exists about the subject.  What characteristics constitute the makeup of those who direct…others?

Others?  While we may be leaders or managers in some capacity, the fact is each of us functions in some role of support: to those who may have elected or appointed us, to a board, to a supervisor, to a spouse, to a parent.

For what would a quarterback be without an offensive line?
Starting pitchers without relievers?
Diana Ross minus the Supremes?
The Lone Ranger and no Tonto?
A Pastor without an Associate Pastor?

An effective follower subordinates their ego for the betterment of the whole.  It is the vision and mission of the leader that constitutes the framework for the work that the follower executes, provided that that direction is safe, lawful, ethical, and subscribes to the policies and values of the organization.  In those instances where it falls short of these boundaries, effective followership requires sincere and sometimes bold counsel.

Our 34thPresident, Dwight (Ike) Eisenhower, was one of six brothers.  Although all were close, a special bond formed between the oldest, Ike, and the youngest, Milton.  Milton, who established in his own right a successful career in the federal government in Washington, became an important counsel when his brother served as President.  A 1953 Reader’s Digest Article reported that, “Ike especially relied on Milton for help in his dealings with the federal bureaucracy, because ‘few men know more than Milton Eisenhower knows about the vast mechanism of our federal government.’”

For 35 years Ed McMahon served as sidekick to the icon of The Tonight Show, Johnny Carson. Carson was a famously demanding star, yet McMahon had the ability to massage that ego while at the same time not compromising his own values.  McMahon even took advantage of the opportunity to carve out his own independent career as the voice for several national products and host of the syndicated series, Star Search.

Though Ed McMahon was not immune to personal setbacks of his own, he rather successfully navigated an assignment that lesser men would not have survived.

Good followers prepare themselves should it become necessary to ascend into a leadership role. Wally Pipp was the starting first baseman for the New York Yankees from 1915-1924.  He was one of the finest players of those ten years, leading the American League in several statistical categories.  In 1922 he scouted a young ballplayer out of Columbia University and suggested the Yankees sign him.  That youngster not only was a backup first baseman to Pipp, but a student of the game to the veteran.

On June 2, 1925 Pipp reported to the ballpark with a headache.  His manager advised him to take a rest and prepare to be back in the lineup the next day.   Pipp was never to appear again as the Yankees first baseman.  For the next 2,130 games that position was to be occupied by Lou Gehrig.

Good followers observe and learn.  As they gain confidence they volunteer for assignments and later more difficult jobs.  They are respectful, yet also possess the courage to call their leadership out if necessary.  They are patient.  They prepare themselves for a leadership role should it present itself. And then, when they become a leader they remember what it was like to be a follower and have empathy for those then following them.

I march my daughter down the aisle this weekend.  I am thankful that my wife has taken the leadership role in planning, organizing, and directing the event and associated festivities.   She has done an unbelievable job in this regard:  conscientious, detailed, responsible, but most of all loving and respectful to all.  As a part of this gala my greatest achievement has been to stay out of the way.  I would like to say that I have been a good follower, but even I would debate that.  Nonetheless, well done, Cindy.  xxoo

I close this time taking opportunity to wish Megan and her finance Lane best wishes for much love, good health, prosperity, and a long and blessed life together.

Popular posts from this blog

What is Life and Career Coaching?

July 03, 2018
Some who read my articles and blogs will ask me what it is I do besides write blogs and articles. When I share, “I’m a Career and Life Coach,” a few will comment, “that’s nice; good article.” If you haven’t used a coach, you may have some questions about how coaching works and what benefits you can expect so I’ll provide an overview. Coaching is an ongoing professional relationship that can help you to produce extraordinary results in your life, career and/or business.  It is not counseling or therapy; it is forward looking and is about achieving positive results.  “Life coaching makes a significant difference in one’s overall life satisfaction.  The coaching experience helped clients be more effective by teaching them how to set concrete, measurable goals made up of specific and manageable steps…”  Master’s Thesis, Pepperdine University How did I get in to Coaching? I enjoyed more than 30 years in Human Resources (HR) or “Personnel.”  As I reached the latter stage
Read more

Lessons for Living the Dream; Cycling Across Georgia 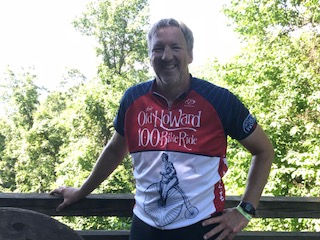 Conditions were near ideal for cycling the mountains and piedmont of North Georgia. Spending seven days covering 386 miles and more than 25,000 feet of elevation climb, my buddy Fred Williams and I traversed granite-faced hills, gurgling clear streams, and green meadows along with around 800 other bike enthusiasts.  Our leg strength was particularly tested by two ranges near Dahlonega, GA, offering consistent uphill grades of 6-8% between six and seven miles each.  Our journey not only provided physical engagement, but the chance to unwind, reflect, and share laughs and observations.  An event of this magnitude demands well-coordinated support: hydration and snacks at well-spaced intervals, readily accessible medical aid, traffic control, adequate and convenient campsites and facilities, and skilled bike technicians.   A couple of days into the ride I experienced minor mechanical trials:  gears shifting sluggishly, some annoying pedal clicks. The roving bike shop van and tent
Read more

August 15, 2018
After an extremely successful run at the University of Central Florida, culminating in last year’s undefeated season and #6 ranking in the Associated Press final poll, head coach Scott Frost returns to his alma mater at Nebraska this season in the same capacity for the Cornhuskers.   Freelance and SEC writer Andrew Astleford penned this article about Frost: “Emotions can run high in football. It’s not uncommon to see a coach express his anger by yelling and cussing at players. But at Nebraska, don’t expect to hear heated, vulgar language coming from coach Scott Frost and his staff. In a recent news conference, Frost explained why he won’t ‘yell and scream at kids.’ He also mentioned his staff won’t ‘cuss at kids.’  It’s a thought-provoking theory for coaches at all levels of football. ‘One of our sayings is, ‘Have a desire to excel and no fear of failure,’ Frost told reporters, as relayed by KOLN-TV’s Dan Corey.  ‘Part of that is the coaches’ responsibility. And I
Read more